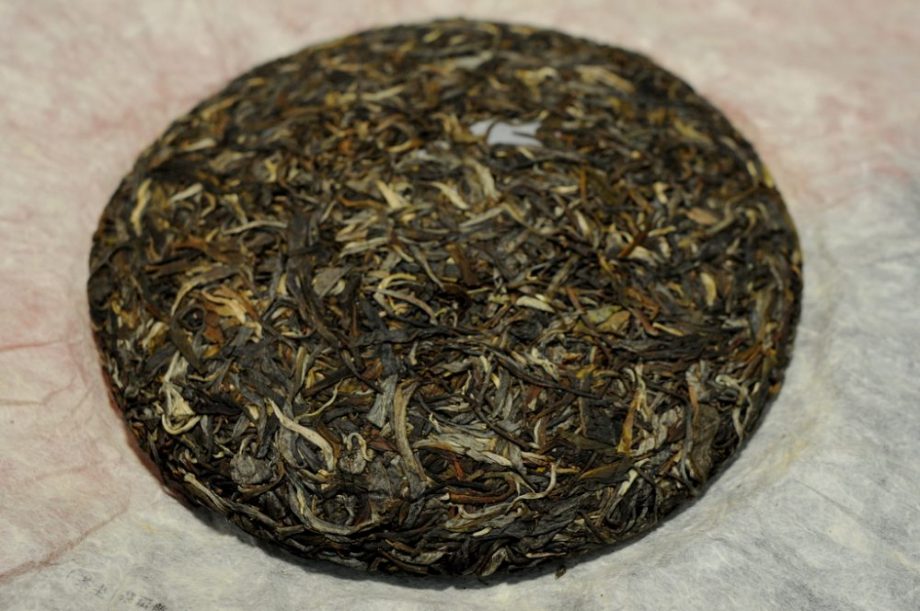 The tier system is an attempt to systematically differentiate between thousand of puerh cakes all claiming to be “from ancient trees”. It is not simply a preference rating system, and it tries to be as close to reality as possible.

Looking at various available puerh, one very quickly sees that there are a lot of puerh tea called “old/ancient trees” but also one learns very quickly that they have such different quality, this is an attempt to make sense of what’s really going on.

Please see The truth about old and ancient trees puerh as a companion article explaining what all the claims of Old/Ancient/Gushu tree you see around really mean.

Like everything else on the website, this is the best of my understanding as of now, and could evolve in the future, contributions are welcome.

The two main ways by which various Puerh achieve to the various quality Tiers are by origin and by aging.

There are however some cross-overs, the “by origin” category covers all fresh and semi-aged puerh.

Particularly for Tiers 2 and 3 it’s very common that a tea could be bumped one tier by aging, as its Qi and taste become more comfortable (sometime after 5-15 years from the original production).

For most Tier 5 and some Tier 4, very often the Tea changes over the years but not making its quality dramatically different.

The by aging category refers only to 20+ year old dry-stored puerh only (quite rare) or 30+ year old traditionally-stored tea (more generally available).

Trees quality refers to unmanaged or lightly managed only, any stronger human intervention makes the quality dramatically less (see relevant section on The truth about old and ancient trees puerh).

Notes on processing and blending

The table below assumes “good” processing that does not remove Puerh’s ability to transform over the years by excessive oxidazation or fermentation (this is often done to make tea from Tiers 0/1/2 immediately drinkable, but it’s at the cost of long term transformation and relative quality that can be achieved with traditional processing). Alas, most young puerh that could achieve a relatively high Tier (3 or even 4) is nowadays processed in a way that prevents this high tier to be achieved later on (removing bitterness and astringency at first makes the tea easier to drink immediately and therefore to sell, but it doesn’t age as well as standard processing)

Great Tea is not just in the mouth

Great Tea is a full body (and mind) experience. It goes deep into throat and nose and lasts long, the Qi enters you and you should feel noticeably different. Calmer, more centered, wiser.

There are some teas that are priced highly and even sought after by some drinkers that drink only on the level of mouth experience, we do not rank those particularly high in the tier system.

Note that a Tea must achieve all the minimum standards to be in a specific tier, having achieved the minimum standard in one category is no guarantee that it will be achieved in the others as well. For example, not all ancient tree material automatically have taste qualities in “overwhelmingly clear amount”, or noticeable, transformative Qi.

± Living Tea = Growing as wild/unmanaged as possible, without pesticides, fertilisers (whether organic or chemicals), mixed with other vegetation, seed propagated (not cuttings) trees,

+ = This is generally acquired only after some years aging for the lower tiers. For Qi another way of saying Comfortable is “doesn’t induce anxiety either during or after drinking”.

^ Transformative = By drinking this kind of tea in focused session over the years or even once, some “spiritual progress” (anywhere from a sense of peace to significant self-development) is expected, that pervades not just the tea session but the rest of your life as well. Comfortable is not stated specifically because it’s the very minimum for Tiers 4 and 5. This is classically why people drank Puerh, it can be talked about in many different ways but certainly Tea goes beyond just the flavours.

§ Clean (Enough) = The older a tea is, the less pesticide influence is felt, therefore it’s sometimes possible that had a tea that had a small amount of pesticide use, might be effectively clean after some long years of traditional aging. When it becomes impossible to tell by drinking it (e.g.: there are no negative effects in the body and no weird taste in the mouth), and assuming the first (or first two) steepings are flushed, a tea can now be considered somewhat “clean”.

⁂ Standard puerh varietal would be Camellia sinensis var. assamica and hybrid varietals of it (such as small leaf trees found in Yibang), there are apparently at least 13 classified more Camellia varietals that are used to produce “puerh” in Yunnan, some of which I would label “closely related varietals” as they behave similarly to standard puerh. We should also remember that nature doesn’t care for human classification and the nature of each seed-propagated single tree in the wild is, to same extent, unique.

¦ Puerh from outside banna tends to lack in thickness, thus rendering the “All of the taste qualities in overwhelmingly clear amount” criteria difficult to achieve.

Minimum standards to achieve each Tier:

By combined origin and aging

This is mostly the case for 1990s-early 2000s factory cakes with already good material getting much better because of age.

Note that most of the very old productions (pre-1960s) contained a large amount of ancient tree anyway to start with.

This is the result of years of drinking the very best aged Puerh I could find and dedicating myself single-mindedly to it.

Clearly, this is my own interpretation (although based as closed as possible to sources and my tea teachers) and while I made it as objective as I possibly could given the circumstances, you’re after all the best judge of what you like!

It is my belief that it’s very simple to judge the quality of the tea by oneself: deeply I know what tea I want, and I certainly can notice which tea I actually reach for most often. There are thoughts about “this should be good” but then there’s the truth about what I actually feel like drinking and what I feel when drinking.

The most arbitrary part is the equivalence between newer ancient/old tree tea and aged tea, while I tried to steer away from preferences in each system of tiers, connecting them must be somewhat influenced by my preferences, and you may have very different ones from me in this regard.

I myself used to want to drink just as old tea as I could, and recently am much more interested in the highest quality 10-20 year old puerh.

Also for this reason we can refer to tea as for example: “T3 by aging”, “T5 by origin”, “T4 by combined aging and origin”.

Some terroirs (lao banzhang, mahei, gua feng zhai are some examples) fetch very high market prices. While there’s usually a reason this started, and it’s very enjoyable to try tea with recognisable notes, unlike wine terroir really is secondary compared to the characteristics of the actual trees this particular tea comes from.

With that said, my favourite T5 is indeed from gua feng zhai (GFZ) so there clearly is something about this famous area but the thing is this is actual T5 from GFZ, there are a ton of much lower quality puerh from GFZ that even as T3 cost more than a T4 from another area.

Secondary doesn’t mean “not important” however! While a certain skepticism of “famous areas” is warranted (as in a famous garden somewhere), the experienced puerh drinker will naturally gravitate more and more to traditional Puerh areas (Xishuangbanna, 6 famous tea mountains).

What we can be sure of is that younger tree or pesticide/fertilised trees from a famous area is generally not worth it in terms of quality.

Flavour notes are not as important, a tea that “goes deep” in the body is

Another remain from the wine industry, the obsession on “mouth” and flavour notes in tea is a very easy to tell people with a shallow appreciation of Puerh.

Various flavour notes (say “peach”, etc) are actually not that important (unless they’re obvious defects) particularly for Puerh, the real depth is in a full mouth and body experience, making interesting taste puerh is frankly quite easy and achievable with T3 tea with some fancy processing.

The real depth however needs extremely high quality material and this is revealed so much in the intensity of the flavour (as opposed to it being a specific flavour note) and in the sense of well being of the tea getting very deep into the body (also called “Qi”).