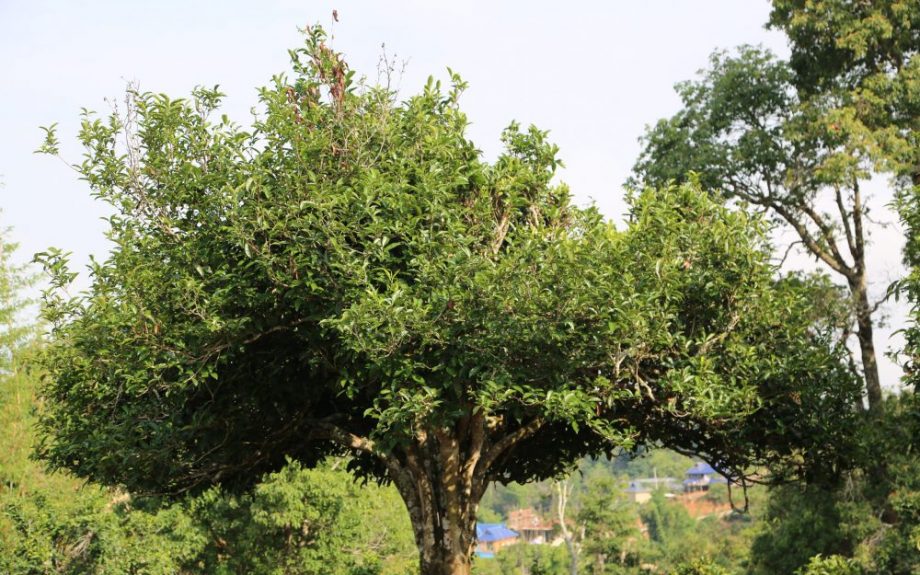 Yet there’s between 20 and 100 times as much tea produced claiming to be “old” or “ancient” than 100+ year old trees  actually exist.

How can this be?

Some of this of course is outright lie, but in this article we are going to focus on the more subtle ways somewhat reputable producers use:

This starts from the sources and goes all the way to collectors, distributors, vendors and end consumers.

Because old tree material is so rare, it’s very easy when you’re relatively inexperienced to believe that this tea you’re drinking which is clearly better than 95% of what’s available is “old tree”. And to an extent it’s true… to the extent that the blend contains some old tree (also see the caveats below).

While some claims are more out there than others and there’s a degree of variation, I generally symphatise with people talking about their tea as “old/ancient tree”, given how rare it is to have even a bit of real old tree in a blend (<1% of puerh available in the market), the confusion is somewhat understandable.

Unless explicitly stated as “pure” or “100%” I take every claim of gushu / ancient tree to mean: “some quantity of gushu went into this cake”.

Yes ye sheng from older trees is generally much more available, but as the quality of it (both in taste and qi) it’s inherently different and lower than camellia sinensis, it’s a bit silly to conflate this with “true” camellia sinensis old/ancient tree.

Some more technically true but meaningless claims can be made here. The extreme of this is I can go into a forest now and pick some random leaves, press them into a cake and say they are from 1000 year old trees. In a sense “true”, but pointless. Clearly, the more far away the varietal is from camellia sinensis/standard puerh, the bigger the problem.

Some yesheng cakes are a mix of camellia sinensis and other varietals, this is a bit more acceptable but can still only have admissions to Tier 4, not Tier 5.

There’s huge demand for old and ancient trees, despite the cost the demand is so high and the leaves production of old tree so compatively low when lew growing unmanaged, that it’s so tempting for the owners to increase yield.

So they’re managed, the lightest way is watered, the hardest way is actual pesticide or organic/chemical fertilisers!

So claims of how old the trees are might be technically true but ultimately meaningless if the teas have been managed in any way!

This just makes sense… the whole reason old and ancient tree is so extraordinary is that the minerals and energy of the tea go in few leaves, if there are more leaves, quality is drastically diluted.

This is even without going in the what do external chemicals do to a tree and its medicine, how can it still be medicine when it literally had poison applied? (The whole point of a pesticide is to kill)

What we really seek for, the very top of experience in terms of both taste and qi, is completely unmanaged trees, picked once a year at most (autumn picking means the next spring picking quality also will suffer).

I cannot stress this enough: claims of gushu are meaningless if there’s any pesticide or fertiliser applied to the trees or the trees are over-picked. The quality is just so much lower.

Anything that’s not the first spring flush will have lesser quality, the more far away from this standard, the lower the quality.

It’s still possible to say “it comes from an old tree” without making a factual lie, but just like the other reason, this can be near useless in terms of indicating quality.

For autumn tea, the leaves had less time to absorb nutrients and mineral from the ground compared to spring tea, and so again it’s overall weaker.

Thanks Ralph/@thedailytelegraph for this one.

It’s my experience that when serving tea containing some old/ancient tree (T3) the difference with the majority of available tea (T0 and T1) is massive and even beginners to puerh can tell, at least when drinking the Tea with some attention and focusing on the entire body, the difference is obvious.

I’d recommend that the minimum degree to start drinking tea is T2, but experiences in T3 are recommended early. T4 and T5 as soon as your heart discovers one of the very few sources of them 🙂

It may be subtle, but over time you will see yourself reaching for T4 and T5 for that sense of well being they give, you may not realise you’re doing it consciously, but your preference will be there. Simply trust it.

When reading minimum numbers, any fixed numbers over 500 year are pure fantasy. Dating the difference between 300 and 500 year old trees is hard enough, anything that says “more than 300” is suspicious, the higher the claim is, the more fantastic.

In conclusion, while there are indeed some producers with claims of “ancient tree” that are not outright lies, unmanaged is really what we’re looking for and there’s a mountain of difference that even a relative new comer can tell between trees managed even a bit and left unmanaged. I can’t stress this point enough, once you see it, it’s very very clear!

See the guide to buying aged puerh – high-end edition for details on where to find some real ancient tree T4 and T5.

One thought on “The truth about old and ancient trees puerh”