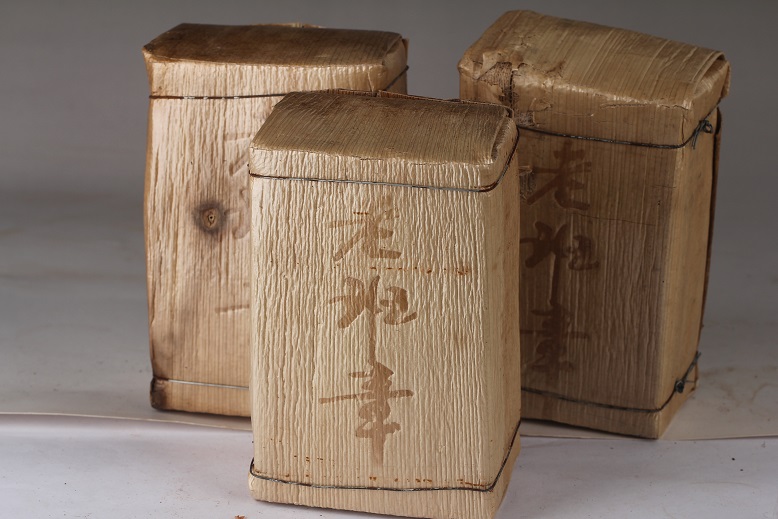 Please refer to Puerh tiers quality for a detailed explanation of the various tiers and the companion article The truth about old and ancient trees puerh to understand why most of the very top tea you see online is at best T3.

After having bought more than 100 different high quality cakes and hundreds of samples (spending more than £50k in the process!) I’m here to report about how to identify and buy the higher end (T4 and even T5).

Most of the very high-end ones came from many tens of individual taiwanese collectors and enthusiasts, where the very best pricing for the highest quality of aged puerh can be found. This experiment would’ve been so much more expensive if I bought from businesses or from mainland china.

Anything higher than reference and you know this is overpriced tea for its quality. Higher pricing is generally given to “famous” or hyped cakes. If someone’s talking about it, or the brand/vendor is famous, it’s extremely likely that’s happening.

Indeed there’s a lot of variance to account for marketing/famous cake effect, and the reference pricing is the lower end you should expect to spend to achieve this tier of quality.

Anything much lower and you know the vendor doesn’t have the experience to really judge what they’re selling (or is in bad faith).

a few thoughts that may help in identifying whether what you see advertised is real T3/T4/T5:

Scale is the enemy of highest quality

Passionate people with connections to each other make the very best Tea, it simply is not possible to dedicate the needed amount of time producing more than a few thousand cakes a year.

Personal oversight is needed not just for processing but also to ensure the collected material is really all T4/T5 quality, no cheating happens and of course the more tea one tries to produce, the more areas one need to get the tea from… it gets extremely complicated very, very soon.

Imagine doing that while trying to run a business, perhaps one selling to the underdeveloped western market, where there’s almost no one willing to pay $1000+/cake for this kind of quality.

Given these constraints, T4/T5 is almost unheard of for westerners to be able to buy.

The only producers I know that make actual T4 are CSH and some of the taiwanese boutiques (see below).

Some of the more known taiwanese boutiques may produce some T5 (generally not for public sale) but the reality is most T5 is tiny productions by tiny producers that we’ve never heard of before in the west, and are quite obscure even in Taiwan.

Why does a cake cost as much as it costs?

A combination of these factors:

Of course the trouble with private labels and custom productions is that you could literally get anything, you don’t even have the basic quality guarantee that boutique producers have.

So you need to sample more. But a lot of the time you must buy a full cake because asian dealers don’t want to deal in samples, so it becomes really important being connected to people that have already done a lot of sampling and can either direct you or even better sell you samples.

In short: both for producers and online shop, there’s the ones with very high reputation and marketing where you get a basic guarantee what you buy is decent but you pay dearly for this privilege, and then there’s “everywhere else” where quality could be poor or really great relatively unpredictably and you need to trust your judgement in sampling. This is the main trade-off of buying higher quality puerh.

Some of my thoughts of the quality of some boutique producers you may have heard of already:

Known for “soft” processing and relatively soft tea, XZH is the best known “boutique” producer in the west.

There are a lot of productions, certainly a lot of T3 and some T4. Not all productions qualify for a T3/T4 and even the ones that do, often can be quite overpriced.

As I said above scale is the enemy of quality, however with that said, XZH is the one the best sources of T3 in the relatively big range they offer.

Note that in the official catalog, pricing for the last few years is reasonable, pre-2010 pricing is a piece of science fiction (secondary market/collector prices can be many times lower) and anything in the middle is likely overpriced but not as impossibly as pre-2010.

This is a very common strategy for many boutique producers: the list price for old tea is artificially high as a way of marketing and achieving higher prices for more recent tea.

CSH is a bit more on the factory side of the spectrum.

CSH originally had exclusive contracts with Lao ban zhang, Naka, etc and has produced some very interesting T3 over the years. There could be T4 too, but I haven’t personally tried them.

Starting to get very elitist, early 2000s CYH is very hard to find, very collectible and it being in small quantities, often overpriced because of it.

Some early CYH is T3, some is T4, with a processing half way between soft and traditional.

There’s a series of 2008/2009 cakes from younger trees under the CYH brand, these are nothing like the rest of their productions.

I’ve written a review of some excellent CYH tea from 2000s.

At least one friend told me of pesticide-induced head aches and I feel quite a bit of off-flavours in the productions I tried, thin tea, it’s hard to say many positive things about YQH at the current pricing.

Seems to be the textbook case of marketing hype and fancy processing inflated prices. At the bottom end are some plain bad teas, at the medium end forgettable teas that hardly reach T3 and I gave up on this brand before trying the high-end.

Some people seem to like it, I don’t know exactly why, one possibility is that they may put a premium on refined processing over good quality material.

Taipei’s oldest and most beloved tea house has its own high-end productions (very few and mostly homogenous quality).

Traditionally processed tea (but with better base material than most factory cakes) with relatively traditional storage (and some storage flavours in the tea, particularly in maocha and older teas).

Good T3 by origin available, if it wasn’t for the storage flavours could reach T4.

It turns out some of their tea without the heavy storage flavour is available, these can easily go T4.

Some cakes are made by Zhou Yu of Wisteria, some others are also good examples of T3 and T4 (before 2015). Most have beautiful collectible wrappers too!

Post-2015 processing styles change and quality diminishes, the brand is not interesting anymore.

1 It’s not sold in the west

There’s no market for it, let’s be serious.

There’s too little of it, it goes by connections. Generally if it’s publicly available with flashy marketing, it’s simply not the real thing. It really takes a lot of circumstances to come together to be able to buy a T5. We have some online at times, and it’s not easy to keep stock around given how pricey it can be.

The only exception is some of the boutique producers above could theoretically have a real T5, however the pricing would be on the top end or way over  reference pricing. For T5 any pricing goes really, some people in Asia will simply pay whatever and if they have money but not the expertise to validate whether the tea is what it purports to be, in this case buying the most expensive tea from a known boutique producer is actually a sensible way to acquire T5.

Absolutely amazing experiences are possible in the T4 category so much that there’s no reason to only drink T5.

We want to make it available to make the puerh world a bit less elitist but let’s be clear: being able to experience and recognise this kind of tea is eye-opening, drinking it every day is not necessary.

Criteria I use to buy aged puerh for myself:

Aging puerh is a very large topic and I mean to write some essays specifically about it, this is just a small preview since people have been asking me about it a lot.

One thought on “A guide to buying Puerh – high-end edition”